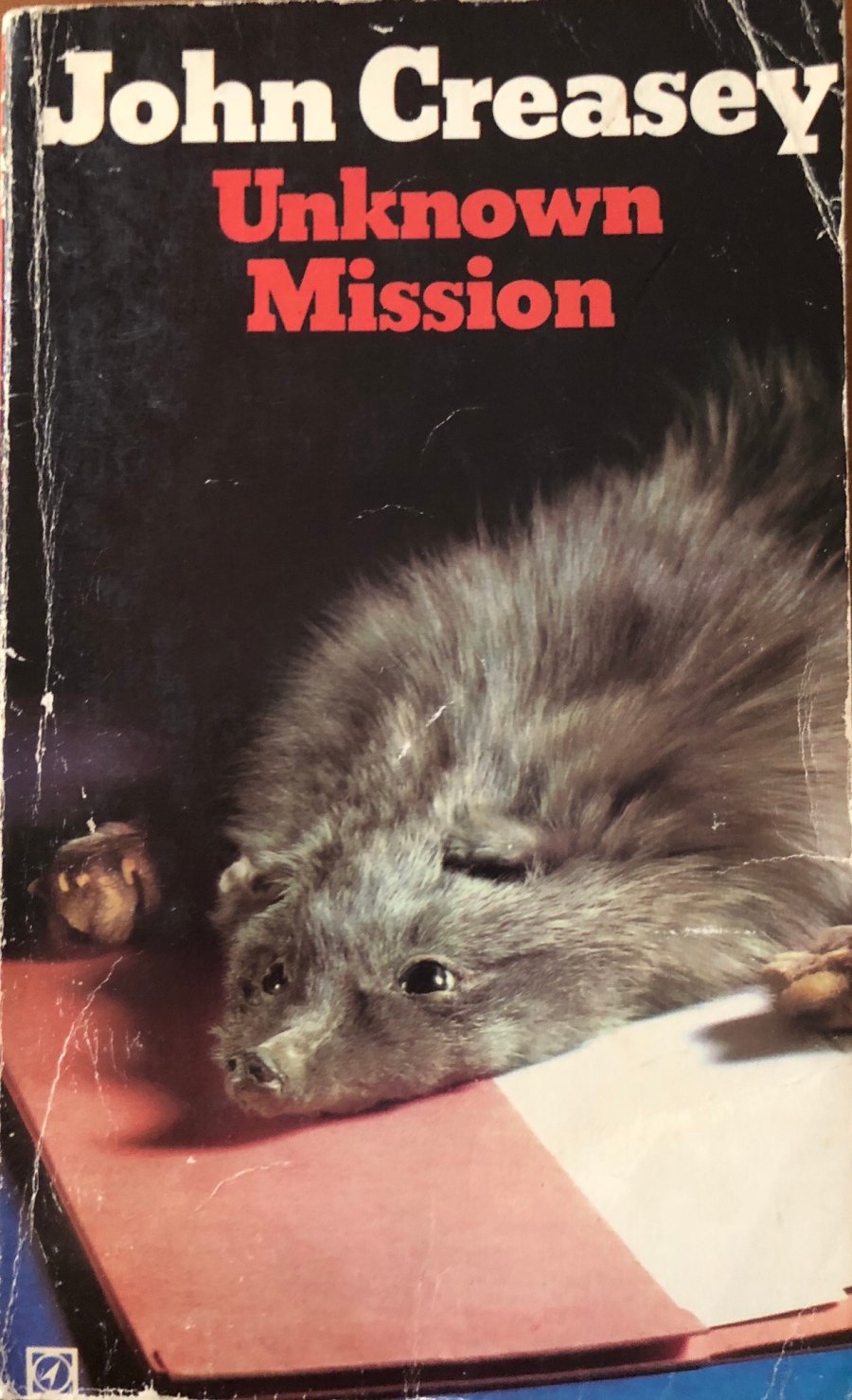 Publishers are always looking to refresh the backlist of authors and sell more copies. In the 70’s the beautiful painted book covers went out of fashion and photo covers came into vogue. The UK publisher Fontana had paperback rights to many of the well known thriller writers of the time like Desmond Bagley, Alastair Maclean, Hammond Innes, Helen MacInnes and Eric Ambler. I would imagine that if you’re a successful writer for awhile the occasional wonky cover art comes with the territory but these covers in particular were very, very odd. Broken Covers is an occasional series looking at some of these crazy covers.

John Creasey was a prolific author of over 600(?!?) novels. Among his best known were his The Toff series, George Gideon series and The Baron series. He also wrote a spy series about a character named Dr. Palfrey who created a secret organization called Z5.

As you might guess, anyone having written hundreds of novels is going to have a few covers that are tremendous stinkers. Fontana can’t take the blame for all of the bad cover photos in the world. These books were published by Pan. There are so many of these silly covers, I’ll be breaking them up into two posts.

I’ll start out with one from my own collection. I’m not sure why someone would think a photo of dead ferret would be just the thing to move books, but that’s why I’m not making that big cover artist money. 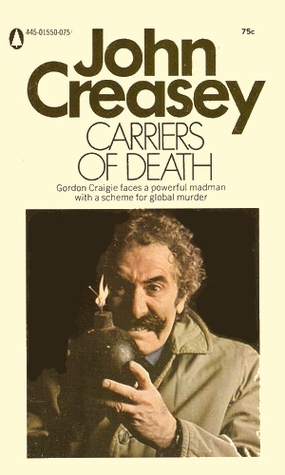