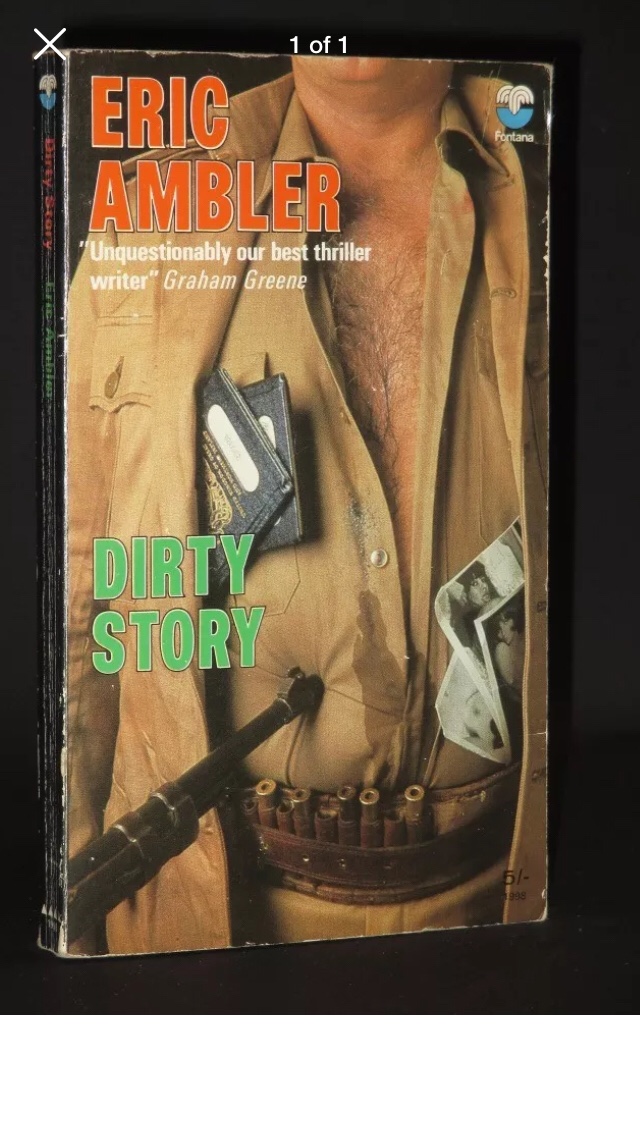 Publishers are always looking to refresh the backlist of authors and sell more copies. In the 70’s the beautiful painted book covers went out of fashion and photo covers came into vogue. The UK publisher Fontana had paperback rights to many of the well known thriller writers of the time like Desmond Bagley, Alastair Maclean, Hammond Innes, Helen MacInnes and Eric Ambler. I would imagine that if you’re a successful writer for awhile the occasional wonky cover art comes with the territory but these covers in particular were very, very odd. Broken Covers is an occasional series looking at some of these crazy covers.

Before Ambler, I do have to give a special mention to some non-spy related Fontana covers for Ngaio Marsh. They are some wacky photos of bizarre murder victims that have to be seen to be believed. You can find them here and here. Full credit to the Marsh fans that collected the images that are really something else.

While Fontana’s photo covers are bad in general, I found their Eric Ambler covers to be truly in a class by themselves. I love imagining Ambler deciding where to put these editions of his novels on his bookshelf. 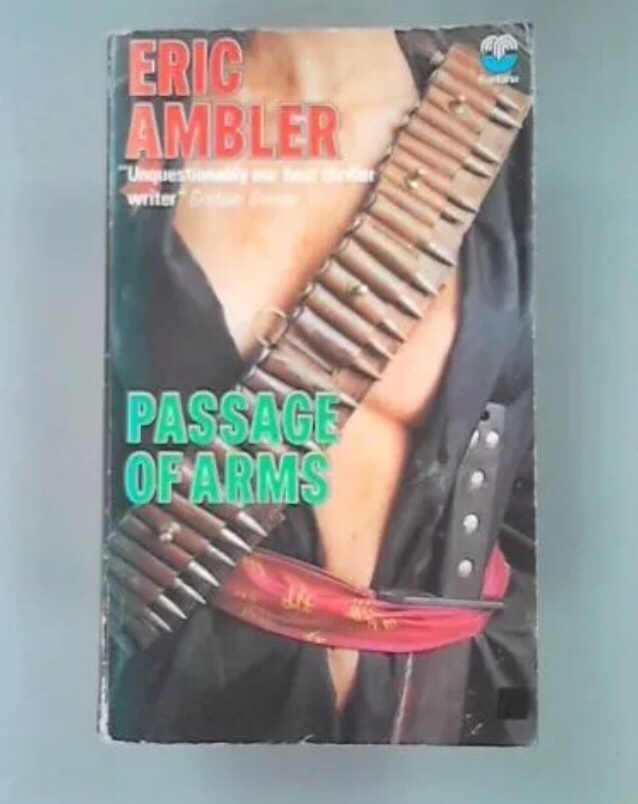 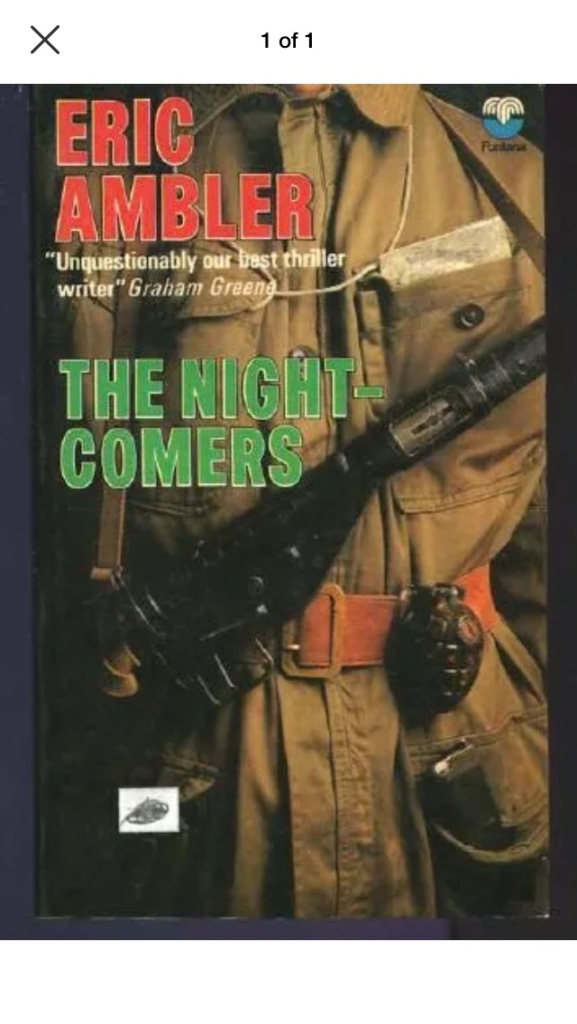 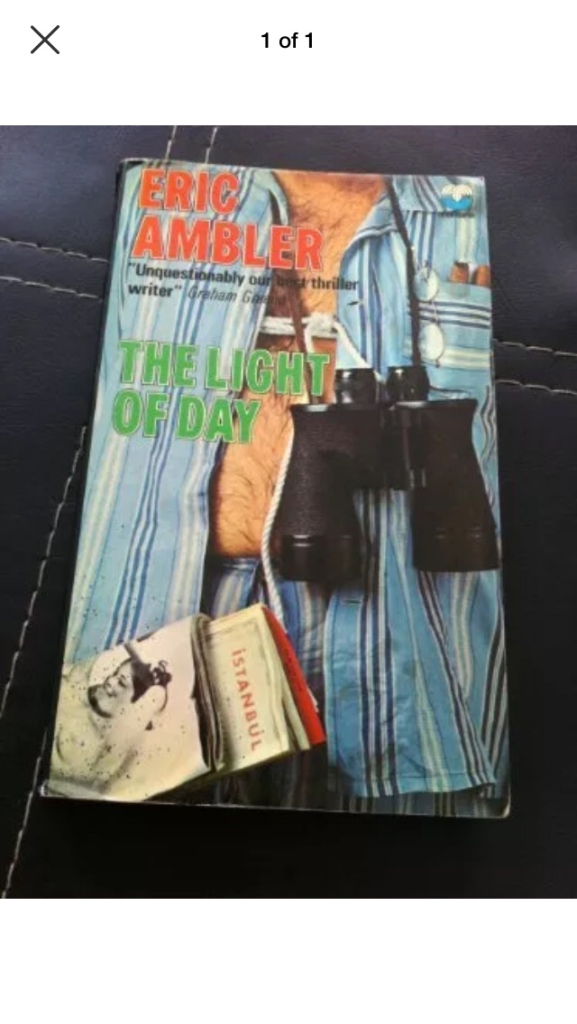 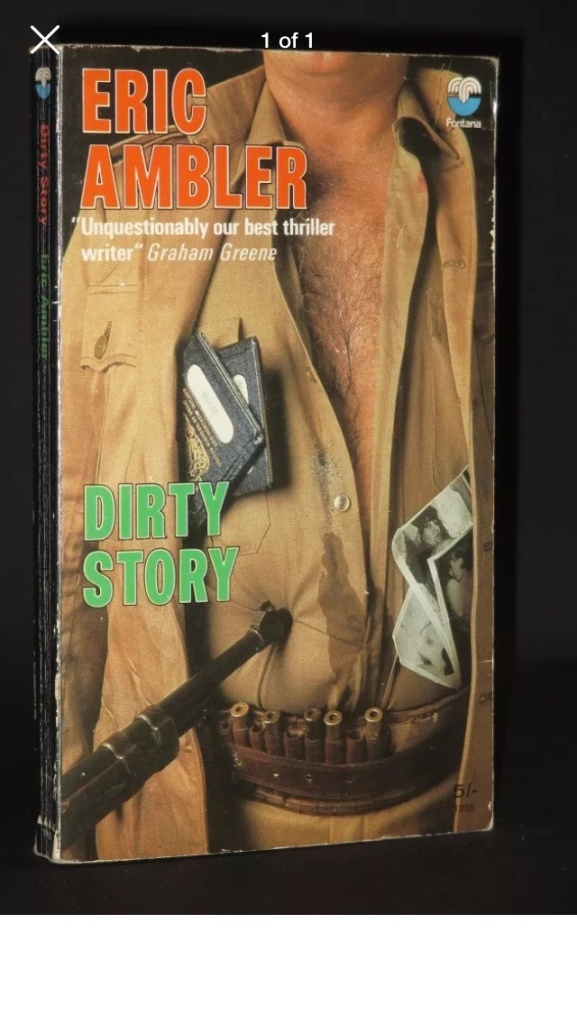 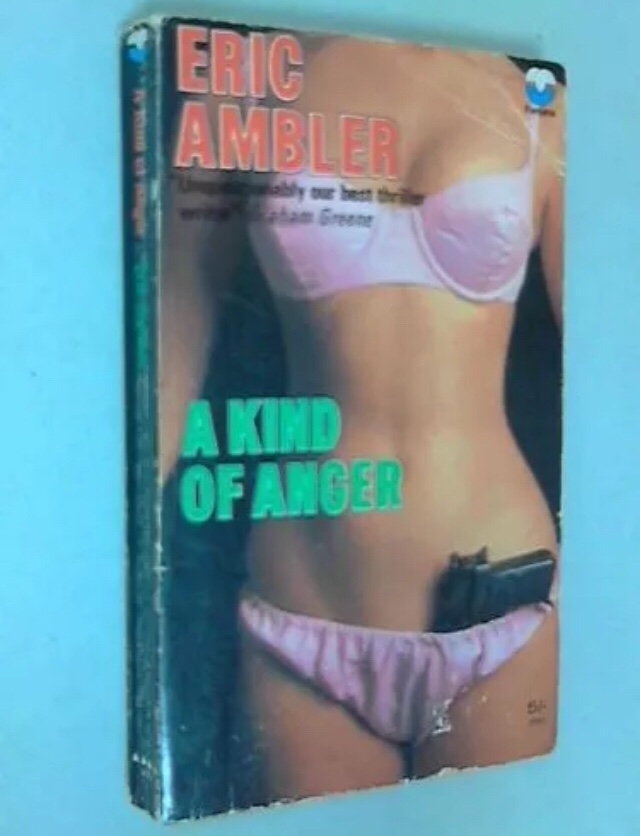 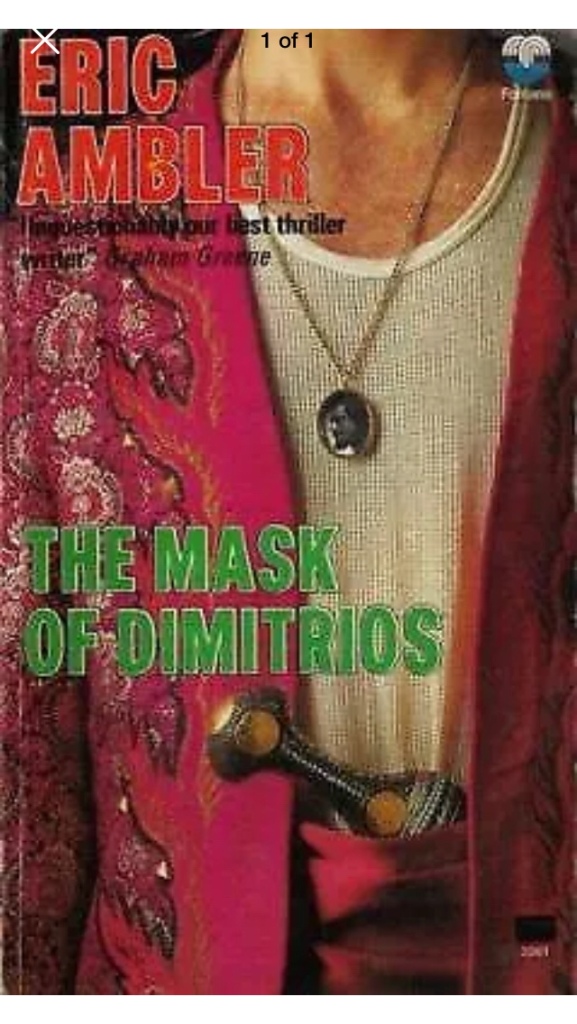 They just keep getting worse! I don’t think I’ve ever been more afraid of Dimitrios than after seeing this cover. I’m also trying to figure out how all of those props, the passports and pictures are just floating on that guy’s chest. The discussion on the Spybrary Facebook discussion group was pretty fun so if you haven’t joined yet you really should.

I found additional wacky covers from other authors that I look forward to sharing in the future.

Mike Ripley, the supremely knowledgeable UK author of the great book Kiss Kiss Bang Bang that looks at all of the spy novels coming out of Britain in the 60’s and 70’s, wrote in with this comment –

I also hate the Eric Ambler covers from the 1970s. When I discovered Ambler, circa 1966-67, the Fontana paperbacks had brilliant, slightly surreal, covers by artist Tom Adams (who did a lot of famous Agatha Christie covers). At one point, I had the full set but house-moves, flood damage and general wear and tear reduced my much-loved set to two. I have replenished my stock of Amblers but have been unable to find replacements in this series as second-hand copies are either very rare, very expensive or both. It is actually easier the find Ambler paperbacks in their Pan editions from the late 1940s and 1950s.